This is an amazing program and I thought you should check this out.

For less than 200 dollar$ you can have a lucrative home business,
earn amazing commissions, and travel at amazing discounts.

What To Know About Working With Coastal Travel Vacations – Freedom at it’s BEST!!

What To Know About Working With Coastal Travel Vacations – Freedom at its BEST!!.

Top 10 Islands in the World

Popular travel review site TripAdvisor has come out with the results of its annual Travelers’ Choice® awards. Among them are the awards for the best islands in the world. Wonder which ones made the top 10, according to the opinions of TripAdvisor readers? Then read on…

For the second year in a row, Ambergris Caye takes top honours. The beautiful Belize island offers the perfect blend of modern development and laid-back tranquillity. A mangrove swamp is the eye of this white beach island, the largest in Belize, and golf carts are the main form of transportation along the sandy roads. Reef divers drool over the Belize Barrier Reef and the Blue Hole, a 400-feet deep circle of limestone that teems with angelfish, Elkhorn coral, cleaner shrimp and stalactites.

Scuba diving, horseback riding, sunbathing… take your pick. “Provo” offers plenty for the happy couple to do, including picture-perfect coastlines to walk along, hand in hand. The island itself is relatively tranquil; try Malcolm Beach to get even further away from crowds.

The relatively small island of Bora Bora is an activity giant, offering visitors the chance to experience a 4×4 safari, sunbathe and swim at white sandy beaches, dive in a natural underwater park among fish and corals, experience thrilling shark feedings, or circle the turquoise lagoon by boat. And Bora Bora is a superlative romantic spot. Fall captive to this lush gem of a Polynesian island by sharing an intimate midnight dinner on the beach; visiting the Lagoonarium, the Diving Centre, the Coral Gardens or the Leopard Rays Trench; or taking it all in from the lofty heights of 2,300-foot Mount Otemanu.

Marco Island is the perfect destination for those who crave a peaceful retreat but don’t have time to travel too far off the grid. The jewel of Florida’s Ten Thousand Islands, Marco Island’s soft white beaches overlook the sparkling waters of the Gulf of Mexico. Scavenge for seashells or hit the links for a sunny session of golf. Explore the Everglades in a swamp buggy or enjoy a rejuvenating nature hike at the Rookery Bay Reserve.

A visit to Lewis and Harris is like stepping into the pages of a Scottish fairy tale. In Lewis—the northern part of the island – the legendary Callanish Standing Stones poke up from the ground like a strange and massive rock city. The Blackhouse, the Shawbost Norse Mill and Kiln, and the Carloway Broch all offer a peek at what island life used to look like. In southern Harris, the east side beaches boast some of the oldest known rocks in the world, dating back millions of years. Cruise over to the volcanic islands of St. Kilda to explore the ruins of a medieval village.

A spot of white in the turquoise waters of the Aegean Sea, the island of Naxos is a unique blend of ancient ruins and beach culture. The largest of the Cycladic Islands, Naxos is the childhood home of none other than Zeus, king of the gods. Upon arrival in Naxos, hike over a causeway to Palatia, where the Portara, a stone gateway to an ancient temple that no longer exists, stands alone, the symbol of the island. At sunset, the views of the island, and the sea beyond, are breathtaking.

This small island encased in a triangular barrier reef boasts incredible lagoons. Relax with a intimate picnic on the alabaster beach of one of Aitutaki’s minor islands, uninhabited and lined with swaying palm trees. Despite its heartbreaking beauty, Aitutaki isn’t (yet) flooded with tourists, due to its relatively difficult-to-reach location. For off-the-beaten-sandbar holiday-making, Aitutaki is a prime destination, especially for those seeking unbridled romantic ambiance.

“Nosy Be?” Is that a typo for “Noisy Bee?” Nope. It means “big island” and it is just that; a large island off the northwest coast of Madagascar. Here you’ll find volcanic lakes, lazy lemurs, rum distilleries, Ylang Ylang plantations and intricate coral reefs that are practically begging to be explored. Flora and fauna lovers will be in seventh heaven at the beautiful Lokobe Nature Special Reserve. Audiophiles should visit in May, to experience the four-day Donia Music Festival.

Located in the South Pacific more than 2,000 miles off the Chilean coast, Easter Island’s not the easiest place to reach. (If you’re interested, the easiest access is by air from Santiago or Tahiti.) But isolation has helped preserve the 1,500-year-old mysterious congregation of volcanic rock sculptures (maoi) that’s the island’s biggest claim to fame. After exploring the unique landscape, relax on an uncrowded beach and ponder one of the most mysterious places on Earth.

Drifting serenely in the Gulf of Thailand, the palm-fringed island of Ko Tao takes its name from the abundant sea turtles that reside on its shores. White sand beaches sheltered by steep hills – some only accessible with four-wheel drive vehicles – and 300 days of sun per year invite long afternoons of lounging.

Do you agree with this selection or are there other islands that you think are more deserving of making the top 10?

Leave me a comment below and let me know what your feelings are on this!!

To Work With Me Directly and Earn 1K-9K Commissions in Travel, Click Here!!

Make Sure to Subscribe to My Blog so You’ll be Notified when I Post something New.. (top Right)

Top 10 Islands in the World. 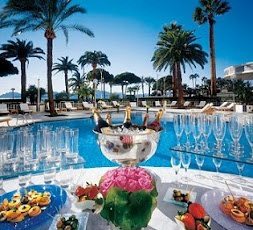 I’ve added a New Coastal Videos page to my Blog..Go check it out today.. click link below!!